It can be a confusing choice, and laptops have always been challenging to buy since there are so many options and new models come out even before we get to decide! And even once you’ve chosen a laptop, there’s the choice of software, hardware, and upgrades that can leave you confused!

This article is going to make it easy for you as we’re going to break down exactly what you need to look for when you’re choosing a laptop specifically for data science and analysis.

This is more helpful than most of the other articles you’ve probably seen because we’re talking specifically about data science, and we’ve done our homework. Most other review sites just list the best selling laptops, but we’ve done our research.

What Is Data Science?

So as you probably already know, data science involves collecting and analyzing HUGE sets of data. This could be in the form of enormous spreadsheets, several gigabytes big, large lists of percentages and facts or a complex graph, survey, or anything that displays lots and lots of data in one place and needs to be sortable.

The issue with this is that as you probably have guessed, most laptops just aren’t powerful enough to do that and will lag and glitch at even the most mediocre sized spreadsheets and data sets.

This is because most consumer laptops are designed for the average consumer who just replies to emails, checks Facebook, and watches YouTube. This is why, as a data scientist, you’re going to need a much more powerful laptop to get your job done.

What To Look For When Buying A Laptop For Data Science

You already knew you were going to need a more powerful laptop, but exactly WHAT features should you look for, and what specifications do you need in a laptop for data science? Well, the bare minimum seems to be:

So that’s what you should be looking for in a laptop.

You’ll notice that not every laptop listed here meets all of those specifications and that’s because you need to have a choice between prices, sizes, and weights depending on how much traveling you’re going to be doing with this laptop, your budget, and the level of data science you’re working at.

We think it’s important that as well as listing the best laptops for data science and analysis, we also list some affordable options for you so you can choose between specifications and prices.

Don’t worry though, we’ll list the laptops specifications alongside each one so you can easily see it, and all links open in new tabs.

So this is really a gaming laptop at heart, but as we’ve mentioned, gaming laptops are often very good for data science and processor-heavy activities like data analysis. This is no exception and boasts many features.

It also has a great graphics card which unlike most of the other laptops for data science, can handle the more visual side of data analysis, for example, if you’re working with large charts, graphs, or 3D models.

Pros Of The ASUS FX503VD

Cons Of The ASUS FX503VD 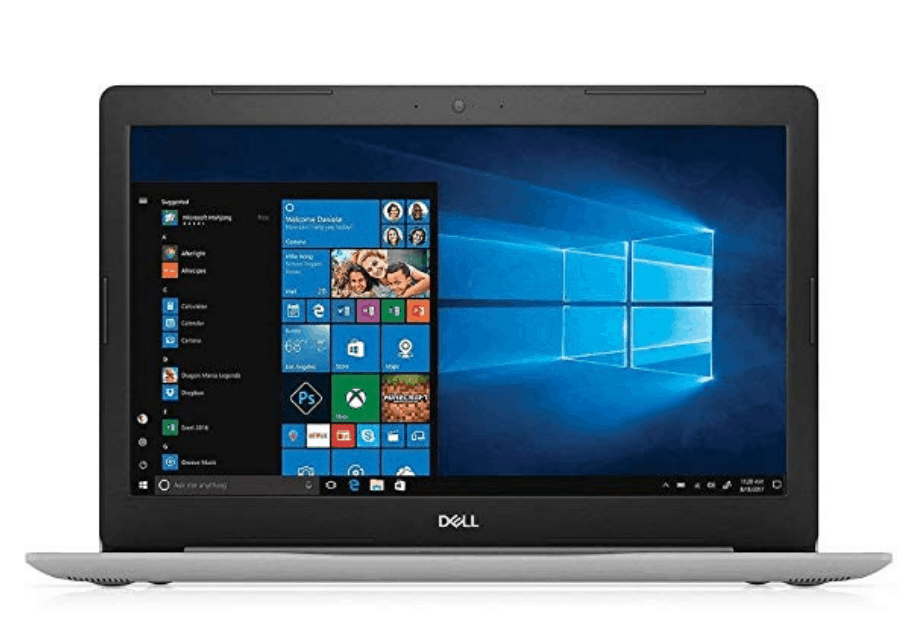 This is a really good laptop for data science, Dell has really produced something good here. It matches the specs we talked about at the start by having the I7 processor, a terabyte of hard drive space, and 16GB RAM.

It would have been nice to see a little bit more RAM in this model considering the price but overall, it’s a good pick!

Pros Of The Dell Inspiron 5000

Cons Of The Dell Inspiron 5000

Another gaming laptop but we promise it’s up to the task! Great specs all around for this laptop, 4 processors, a huge display and 16GB of RAM, this laptop is FAST. Probably because it’s designed for gaming but it’s very speedy even with the most technical datasets up on your screen.

The only downside here is that the hard drive is a lot smaller than we would have liked at only 256GB, but you can easily fix that by getting an external hard drive, and you’d end up saving money overall compared to similar models with bigger hard drives built-in.

Pros Of The Predator Helios

Cons Of The Predator Helios

This Lenovo laptop doesn’t look like much (appearances are often deceptive when it comes to laptops) but it can really perform.

It has an I7 processor, 256GB hard drive, a fingerprint reader (not that you’d need it, but you never know!), huge battery life and despite the high battery life of 8 hours or more only weighs just over 3 pounds!

A great choice for data analysis and it won’t break the bank.  It’s one of our favorite laptops for data science and statistical analysis.

Pros Of The Lenovo Thinkpad E95

Cons Of The Lenovo Thinkpad E95

This is an interesting bit of kit because it has the specs of higher-end laptops but its also a 2-in-1, and can also be a touchscreen tablet. This can be very useful for data science students and analysts because sometimes you just need a fresh new way of working with the data. It’s very refreshing to be able to flip the screen around, get comfortable, and work directly with the touchscreen and it can help you to see things you might have missed otherwise.

Changing your perspective and doing something different is very underrated! That being said it is also a fully functional laptop as well, so don’t worry if you don’t fancy flipping it around and using the touchscreen, you can still use it just like you would any other laptop, and it’s got the high-end specs to keep up with you.

Pros Of The Acer Aspire

Cons Of The Acer Aspire

Another 2-in-1 laptop, but this one weighs less than the other one. Still has great specs but lacks a little in the hard drive department. A lot of great laptops are let down by their hard drive capacity but in our opinion today you can buy very cheap external hard drives.

External hard drives might even be a better option because you can easily transfer large amounts of data between laptops and desktop computers by just plugging the external hard drive in, so it’s not the end of the world.

As long as the other specs are there, the processor, the RAM, and the performance of the laptop, the hard drive can be put to one side (unless of course you specifically wanted a large hard drive and that’s most important for you, in which case skip this one!).

Pros Of The ASUS VivoBook

Cons Of The ASUS VivoBook

You’ll see the Apple Macbook Pro in a lot of laptop lists and buyers guides and that’s because it’s a GREAT all-rounder. It has some very high-end specs, it’s not too expensive and more noticeably, it looks really good!

It’s also lightweight and can be customized to some degree by putting one of the many thousands of laptop cases that have been created for it. We’ve found that 13 inches are actually a perfect screen size for data science as well.

Pros Of This MacBook Pro

Cons Of This MacBook Pro

Not many people think about using the 2 in 1 laptop for data science but we think they’re actually fairly underrated for this type of work.

You might want to check out some other laptop buyers guides because often there’s a lot of overlap, for example, laptops that are good for gaming are also good for data science and vice versa:

link to Best Baby Car Seats We Reviewed In 2021

Alongside a crib and mattress, a baby car seat is one of the most crucial purchases you’ll make as a soon-to-be parent. So how do you go about selecting the best baby car seat? Well, contrary to...

Did your holidays get ruined because of not having the right camping essentials? Or are you tired of going through many details and still find it difficult to choose the proper items? You may feel...